Newsagents or CTNs are a key part of the convenience retail sector, yet they tend to be neglected both by wholesalers and FMCG brands. Business is always tough for this section of UK retail and they face challenges on every front.

Leading sector wholesaler, Palmer and Harvey, had a long heritage of supplying this channel. It was keen to demonstrate tangible support for these smaller retailers, while also demonstrating a leadership position to the rest of the industry. It also operated its own convenience retail brand, Mace that it wanted to promote and support at the same time. This audience can be hard to reach so Palmer & Harvey needed to ensure any initiatives would have geographical reach and adopt the right format and tone for this time-poor audience.

Velvet came up with the idea of a ‘state of the nation’ report on CTNs presented in magazine format, called ‘Shop Health’. In it, Palmer & Harvey offered these smaller retailers practical guidance on tackling key issues such as strengthening profits, range planning, day-part retailing and how to tackle crime and anti-social behaviour.

Shop Health also featured the results of research commissioned by Velvet that asked UK consumers what they really thought about their local CTN so as to help the latter improve their offer. Key findings were that: almost 90% respondents think having a local newsagent is important to the community: 70% think neighbourhood retailers should get special treatment to stay in business and keep open. Yet the survey found there was room for improvement: 32% were frustrated by products not being available and 54% wanted better promotions on goods. 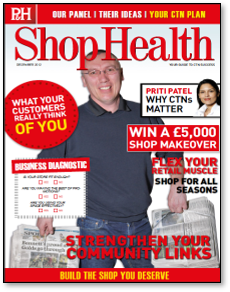 The report and the survey findings were amplified in the media, with targeted press releases and story angles tailored to key trade and national titles.. This resulted in blanket trade coverage, underlined with industry profiling, an exclusive in The Sun and two separate stories in The Daily Express. 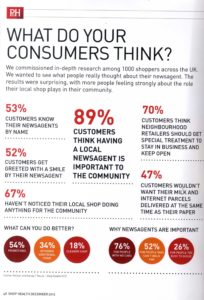 The report was launched at The Houses of Parliament, and hosted by Priti Patel MP (at the time Chair of the All Party Parliamentary Group for Small Shops) , with a debate featuring Association of Convenience Stores Chief Executive James Lowman, author Bill Grimsby and MP Peter Aldous. Attendees included leading retailers, key brands targeting the sector, trade bodies and the press.

It provided the official endorsement that marked P&H as the go-to commentator and authority on the CTN channel.